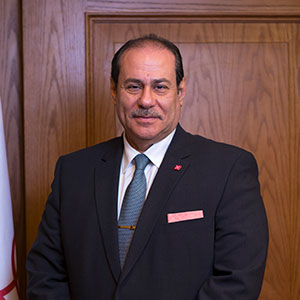 Chairman & delegated Member of the Board

Mr.Tarek El Kholy, has more than 35 years’ of extensive experience in the Banking and Finance industry, during which he has held key operational and managerial positions. Mr. ElKholy holds a High Diploma in Banking Finance, he has attended extensive training programs in diverse technical and managerial levels in the fields of Risk Management, Strategic Planning, Project Finance, Treasury, Capital Markets, Trade Finance and credit analysis.

He joined the Banking Industry in 1982 with the Arab Bank PLC, as a Foreign Exchange officer, Credit Risk Manager, Senior Credit Manager then he joined MiBank as General Manager (Head of consolidated Risk Management) also he joined Bank Audi as Senior General Manager (Head of consolidated Risk Management). He was a member of various Commercial Banks’ BODs and committees: General Management Committee (GMC), Head Office Credit Committee (HOCC), Assets and Liability Management Committee (ALCO), Moreover, He has represented Mibank as Board Member at (Arab Contractors Medical Centre –Incolease Company-Remco Company for Tourism). Mr. Tarek has participated in all Mibank Restructuring phases under the supervision of Lloyds Bank TSB, Mr. Tarek was appointed as assistant Sub- Governor at CBE (Chief Risk Officer) beside managing the re-engineering of process and procedures, Then he became the Sub- Governor at Central Bank of Egypt (Head of on- site Banking Supervision and Chief Risk Officer- Head of Risk Management). Currently he sits as Societe Arabe Internationale de Banque Chairman since 1/8/2018. 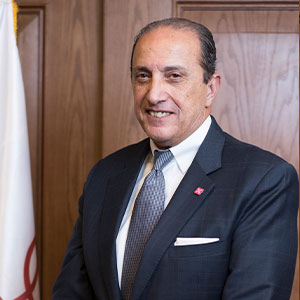 Mr. Ibrahim was the Managing Director of Banque du Caire, a member of its board and the Executive Committee, and Head of the Asset Liability Committee. He was the first sub Governor of the Central Bank of Egypt in charge of foreign exchange interbank, monetary policy implementation, reserve management, and external debt. Mr. Ibrahim has gained extensive experience in the banking industry in both local and international markets. He acted as the General Manager and Senior Investment Officer of Arab International Bank in Cairo, Vice President and Investment Consultant at Merrill Lynch in both London and Bahrain, and Investment Consultant at Lehman Brothers in Bahrain. He also served as Head of Treasury at Gulf Riyad Bank in Bahrain as well as Arab African International Bank in Cairo. Mr. Atef holds an MBA from the American University in Cairo in Business Finance and completed his Investment Certification with the (NYSE), the (NASD), and the (CBOT). 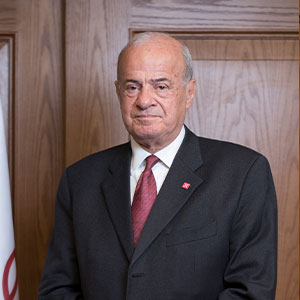 Mr. Hegazi is a private Egyptian entrepreneur with more than 42 years of experience in business with strong management skills and an extensive network in both multinational corporations and governmental organizations. He is the owner and CEO of Master Trading Company. He is also a member of the association of business Executives in the U.K., as well as an active member of the American Chamber of Commerce in Egypt (AMCHAM). Mr. Hegazi was the Vice Chairman of Customs & Taxation Committee (AMCHAM) and then served as the Chairman. He was appointed by a Ministerial Decree as a member of the High Supreme Committee for Customs reform in Egypt chaired by Minister of Finance from 2003 to 2004. He was also appointed by a Ministerial Decree as a Member of the Customs & taxation Model Center chaired by Minister of Finance representing the AMCHAM in 2004. He also was the executive Director of the U.S. / Egypt Business Council promoting trade & investment between Egypt and
U.S. from 2005 till 2009. Mr. Hegazi is the executive director of Shefaa Charity Foundation for cancer treatment & the AMCHAM representative in the federation of Egypt Industries involved in the process of constituting the new custom law amendments 2007-2008, as well as in the National Democratic party. He is a board member of Middle East Radio communication Company (MERC) and also a board member of Credit Agricol Egypt Bank – Member in both Risk & Audit Board Committee of the bank. He is also the Chairman of the lead foundation established by Miss. Elizabeth Chieeny (USA) in Egypt (Micro Finance) 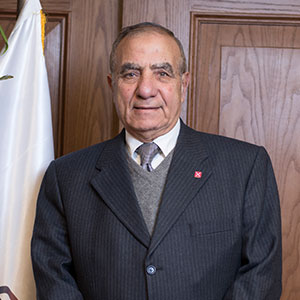 Mr. Abu Bakr El Gindi is the former Minister of Local Development. He has more than 50 years of experience in the fields of international relations, communications, statistics and socio-economic development. He played different senior management and leadership roles in the Armed Forces, central agency for public mobilization and statistics, and the Ministry of Local Development. Gen. Abu Bakr is Chairman of the Higher Committee for Viewership Research Supreme Council for Media Regulation and has a Master degree in Military Science and a Master degree in Strategic Resources Management from the American Defense University. 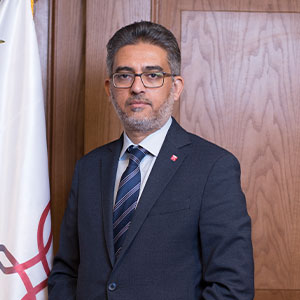 Dr. Ahmed Abdel Aziz is currently the Chairman & Managing Director of Misr Life Insurance Company since January 2016. He also served as the full-time board member for insurance affairs of Misr life insurance company until November 2015. He has more than 20 years of experience in the Insurance field, he had contributed in the foundation of several insurance companies in Egypt and Saudi Arabia where he helped establish Al Rajhi Cooperative Insurance Company in Saudi Arabia and held a position of Chief Technical Officer during the period of October 2011 to November 2014 He was also the Head of Life Insurance Operations at Allianz Egypt from September 2007 to June 2009, and served as Chief Technical Officer from June 2003 to June 2006. 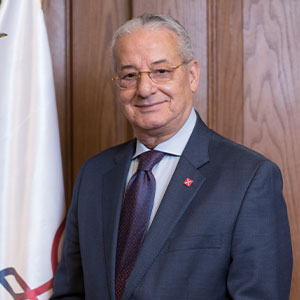 Mr. Mohsen held several managerial positions at Arab Contractors Company (Osman Ahmed Osman & Co.) until he was formerly appointed the company’s Chairman and CEO. Before that, he was the Head of the National Authority for Drinking Water and Sanitation. He also was the Chairman of the Arab Contractors Employees Insurance Fund, Chairman of Elite Company for Tourism Development, and a board member of Metro Company for Touristic Buildings. He is also a member of several business councils and chamber of commerce. 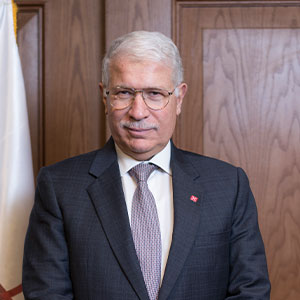 Mr. El Baroudy is the vice Chairman of the Arab Contractors Company. He holds a Bachelor degree in civil Engineering from Ain Shams University. He has more than 36 years of experience during which he has assumed key leading positions. Mr. El Baroudy has led and supervised several strategic sectors and enormous projects among which are the Housing and Quarries sector, the Electro- mechanical sector, Distinction buildings and Industrial buildings, the Central Bank of Egypt construction project, Cairo Stadium construction project. He was also the deputy responsible for the Joint venture for Bibiotheca Alexandria project with Balfour Beatty and Rodio Trevi. He assumed the responsibility for leading and supervising Dar Al-Hadith Auditorium construction project at Madinah-Saudi Arabia. 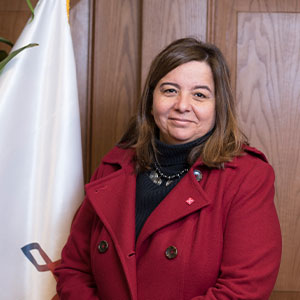 Mrs. Hamid is the Chairman of the Mortgage Finance Fund since September 2010, an affiliated entity to the Ministry of Investment mainly in charge of improving access to housing and finance to low income groups. Since 2016 she has also been appointed as the Executive Director of Social Housing Fund (SHF) affiliated of Ministry of Housing, Utilities and New Urban Communities. In August 2018 both funds were merged & she was appointed as the CEO of Social Housing & Mortgage Finance Fund (SHMFF). She graduated from the American University in Cairo in 1993 & has several professional diplomas in global corporate banking, credit risk management and international housing finance from American Express Bank New York & Wharton Business School at the University of Pennsylvania. Ms. Abdel Hamid is a leading expert in corporate & mortgage lending with over 26 years of professional experience. Her latest positions include being Advisor to the Chairman of the Egyptian Mortgage Finance Authority, the regulator of the mortgage market. She also worked for the Crédit Lyonnais Bank –Egypt & for American Express Bank Limited –Egypt for more than 10 years as Head of Corporate Banking at the Head Office. She is currently a Board member of saib bank, Since April 2019 & member of Risk committee. Before joining saib, she was a Board member at Housing & Development Bank and member of Audit, Risk Corporate Governance committees since October 2013 till April 2019. She also served as the Vice Chairman of the Egyptian Liquidity Facility Egyptian Mortgage Refinance Company “EMRC”, a company owned by the Central Bank of Egypt, Mortgage Finance Fund and 28 banks & mortgage Companies. She was also member of audit & risk, HR and Executive committees of “EMRC”. She has also been a board member of several companies including Taamir Company for securitization & October for Development & Real Estate Investment Company. Mrs. Abdel Hamid is also a certified mortgage trainer by the US Mortgage Bankers Association “MBA”, member of the Egyptian Mortgage Bankers Federation and Head of the advisory board to the Egyptian Financial Regulatory Authority “FRA” on mortgage lending. 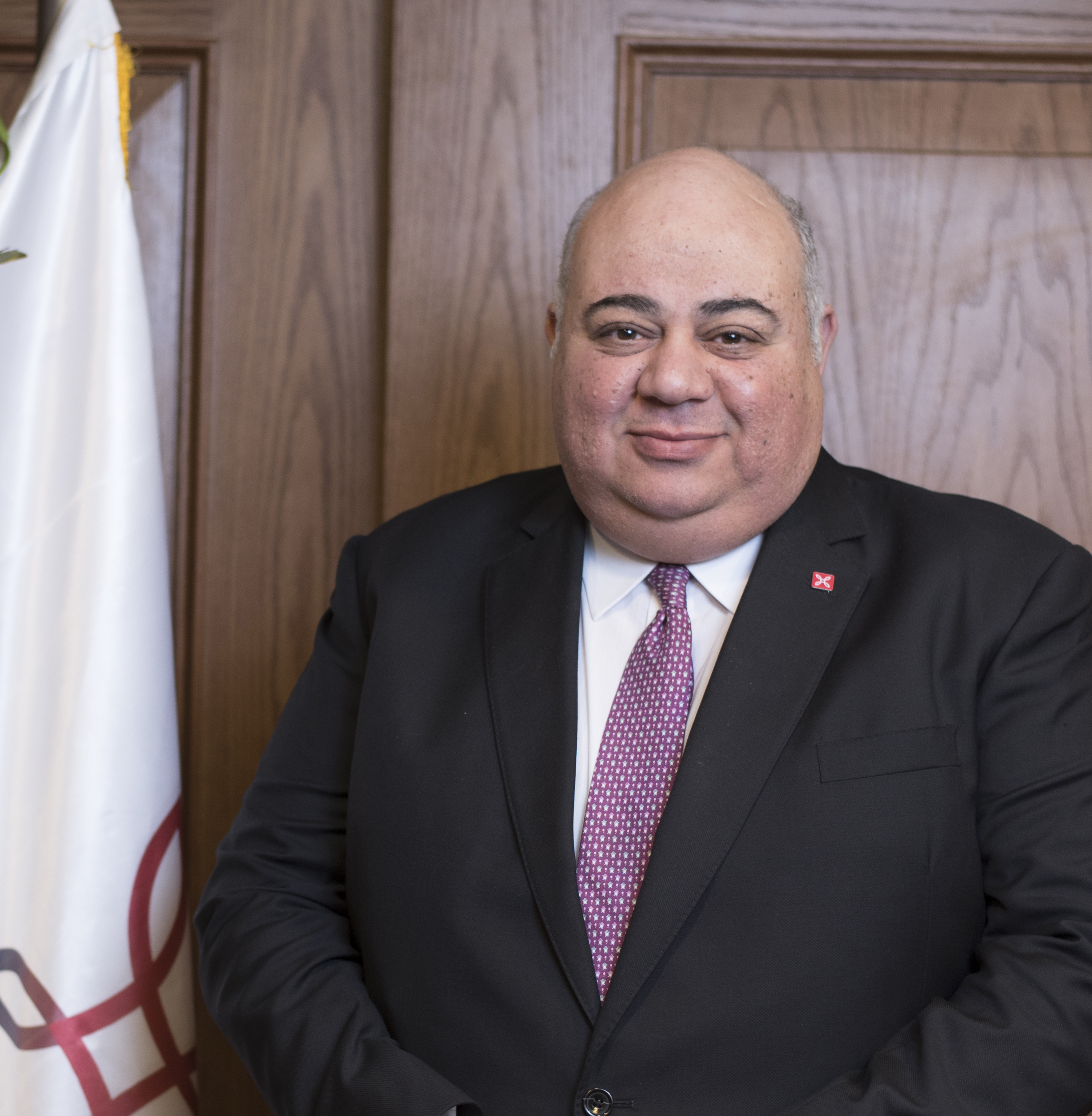 Mr. Khaled Abdel Rahman is the Managing Director of Misr Clearing and Depository MCDR (The Egyptian Clearing House) since March 2020. Prior to MCDR, he was the Deputy Minister of Finance for Capital Market Operations and Debt Management Since January 1st, 2018. He was also a Board Member at the Central Bank of Egypt till Nov. 2019, a Member of Pension Funds Investment Committee, a Board Member of the Tourism Development Authority, and Member of the Committee for the Management of public Debt.
He began his career in 1990 at the Commercial International Bank (CIB) in Treasury Department, then he moved to the dealing room as FX dealer. In July 1997, he joined EFG- Hermes as a Director-Trading Department; he was responsible for the Execution of the Institutional and Retail Clients, (Bonds & Equities) (IPOs) and a member of the Executive Committee of the Brokerage Arm. From 2002 until 2007, he was the General Manager of the technical office and Head of Technical Affairs at the Egyptian Stock Exchange EGX, and he was also the Chairman of G.D.R. Committee and Operations Committee, and a Member of Trading Committee, Membership Committee, Index Committee, Trading Practice Committee and the Head of Training Instructors. In February 2007, he joined National Bank of Abu Dhabi (NBAD) as an Executive General Manager-Brokerage Arms, and Executive Committee member. In August 2009, he joined the Global Investment House Kuwait as a Senior Vice Present G.C.C. Brokerage. He was responsible for running Kuwait, Saudi Arabia, Oman and Bahrain’s brokerage licenses, in addition to overlooking Jordanian, Sudan and Egyptian brokerage operations. In August 2010, he joined CI-Capital Holding (Commercial International bank “CIB” investment banking arm) as a Board Member, Group Head of brokerage and Executive Committee member, Chairman and Managing Director Commercial International Brokerage Company “CIBC”. 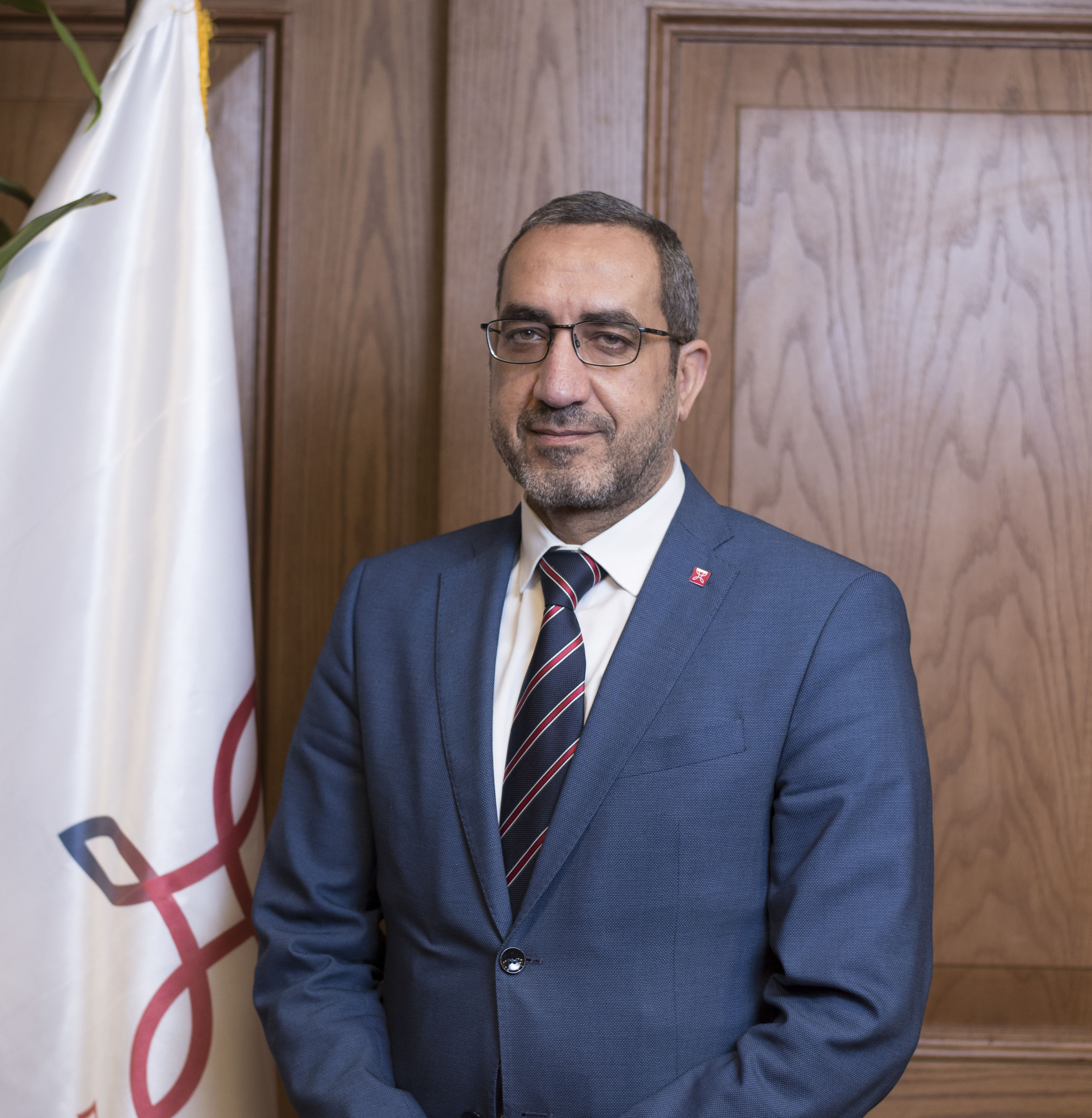